Saved Searches Advanced Search
Beginning Tuesday, September 8, the Library will offer NEW Curbside Service Hours. The Library is currently offering Curbside Service. For more information on this service, please visit our website at https://www.ylpl.org/curbside/ . In order to ensure safe handling protocols, items are being held for at least 96 hours before being checked-in. During this time, no overdue fees will be incurred.
Quotation
j
jimg2000 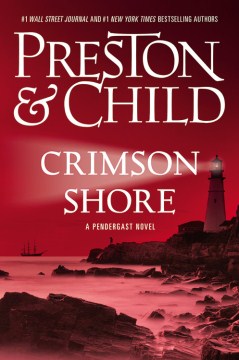 She seemed eager to talk, and Constance, who normally would have shut her out as one shuts a door, recalled that she was supposed to be investigating, and that this was an opportunity.

“I’d try it if I didn’t hate licorice. Isn’t wormwood supposed to cause brain damage?” “The act of living causes brain damage.”

“Outpost, Minnesota. Quite a name, isn’t it? Just twenty miles south of International Falls. Population, one hundred and twenty. The winters were right out of Kafka. To cope, you either drank, went crazy, or learned to take life as it comes.”

“The food you eat and the water you drink get broken down and the carbon, oxygen, and nitrogen become incorporated into your bones. Those three elements have various stable isotope ratios, which differ from food to food – and from water sources. Based on the ratios of those isotopes, we can tell what a person was eating and drinking during, say the last twenty years of his or her life,