Saved Searches Advanced Search
Beginning Tuesday, September 8, the Library will offer NEW Curbside Service Hours. The Library is currently offering Curbside Service. For more information on this service, please visit our website at https://www.ylpl.org/curbside/ . In order to ensure safe handling protocols, items are being held for at least 96 hours before being checked-in. During this time, no overdue fees will be incurred.
Summary
b
bubblefech215 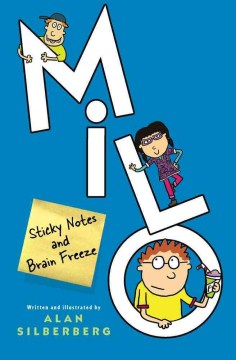 I really enjoyed this book. Its about a boy named MIlo.He really misses his mom,who died,and thinks nothing will get better.At school, he meets his old friend Marshall,and a new girl named Hillary.The a nieghbor named Slyia reminds him that even though his mom is dead,he should always remember that she is still alive in his heart.

Even though it had lots of funny parts,the part whan he blurts out the truth at home,its really sad

I would TOTALLY recomend this book beacuse it is really cool